Calving Time on the Farm

Well, it is that time of the year again- Calving season has begun once again! It started a little earlier than expected- during the snowy final weeks of February- making it more of a challenge to keep the calves healthy and well. As Billings Gazette wrote, this year has been the largest accumulation of snowfall we have gotten in the past 40 years and now it’s beginning to melt. Spring is on its way. It couldn’t come any faster 🙂

We have had several cows have their babies, but we are expecting the rest to come throughout the rest of March and the start of April. Other than a few minor problems from February weather, the calves have been doing well. We just hope that the nice weather continues so the rest of the season continues as a breeze.

Due to all the melt off of snow, the creeks are rising fast! 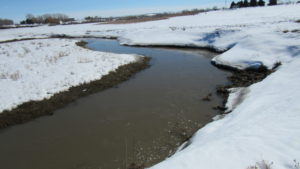 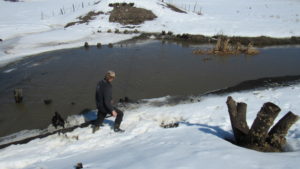